“Deutschunterricht planen” books for
department of german studies, University Potsdam
About the Project
This project was developed from fall 2019 to fall 2020 with the Institute for German Studies at the University of Potsdam. The book project was led by Prof. Dr. Martin Leubner.
The Institute focusses on specific concerns of teacher training programs for didactics of the German Language. It develops the theory and practice of teaching and learning processes, and also researches issues related to reading literacy and language awareness.
The Institute's goal is: “To contribute to the development and teaching of appropriate conceptions of reading and text comprehension and to improve the school practice of teaching literature.”
My Role
I was involved in this project in the role of book editorial designer.
Illustrations, colours, texts and a design concept had already been pre-selected by a team from the Institute for German Studies at the University of Potsdam. My task was to bring the material into an appealing typography and book form. For this task, I used the tool InDesign.
Finally, I also took over the preparation for printing. I was pleased to design the book cover. In this project, I worked without time pressure and had an open exchange of ideas with the German department and the head of the department, Prof. Dr Leubner.
I had a free choice of layout and typography for the books, as long as I stayed within the design guidelines.
In a nutshell
The two books are intended to serve as working materials and guidelines for teachers in planning lessons in the German language.
Final books 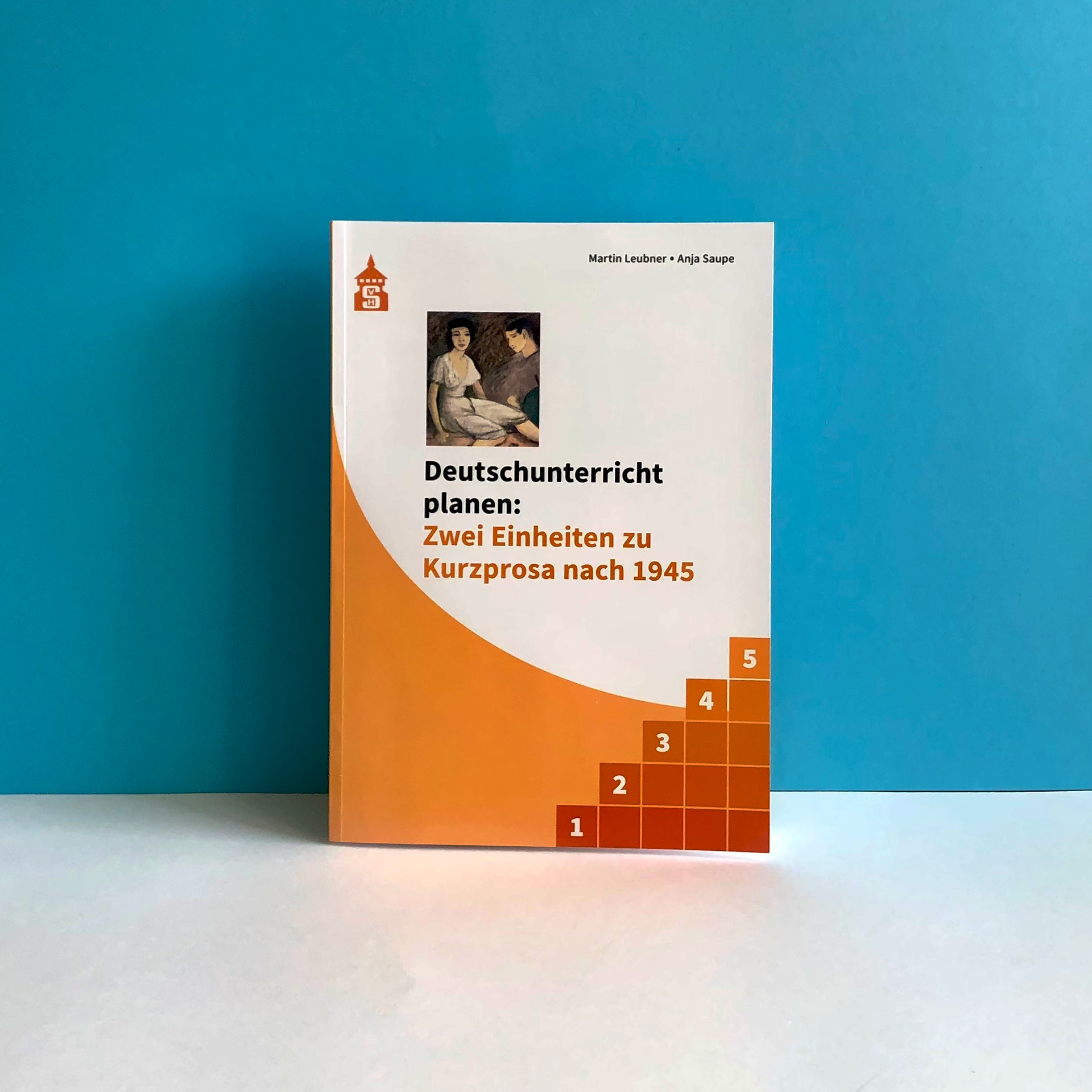 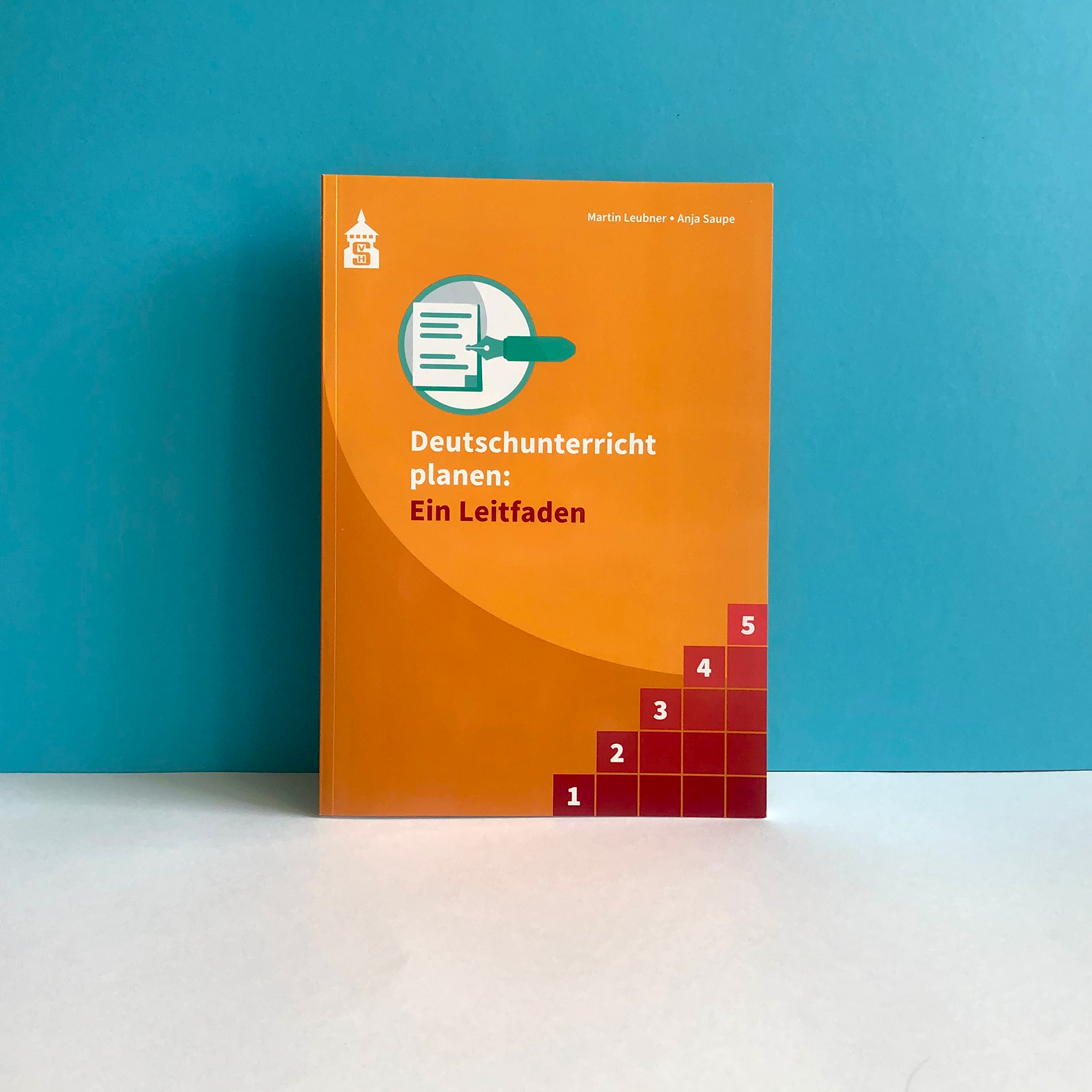 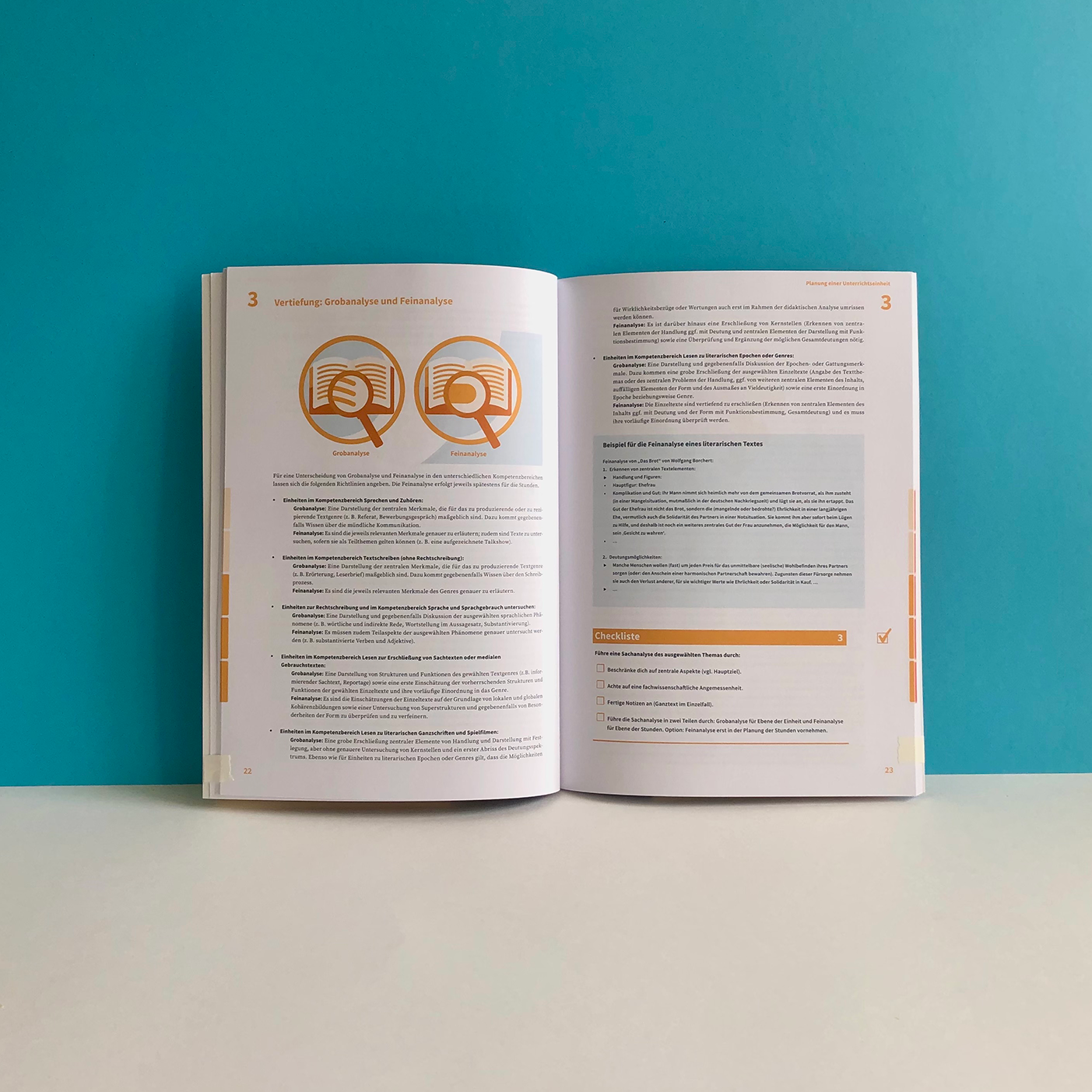 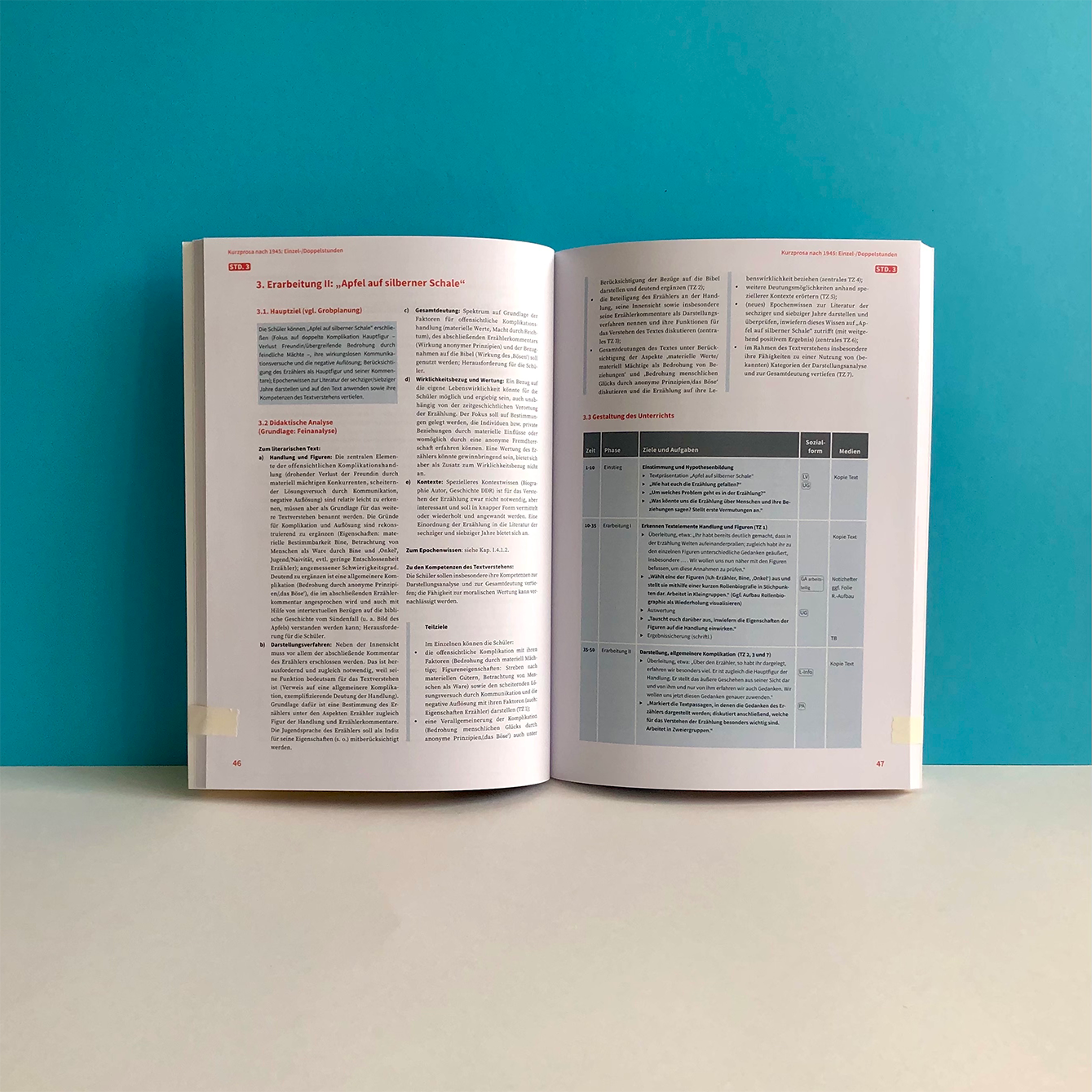 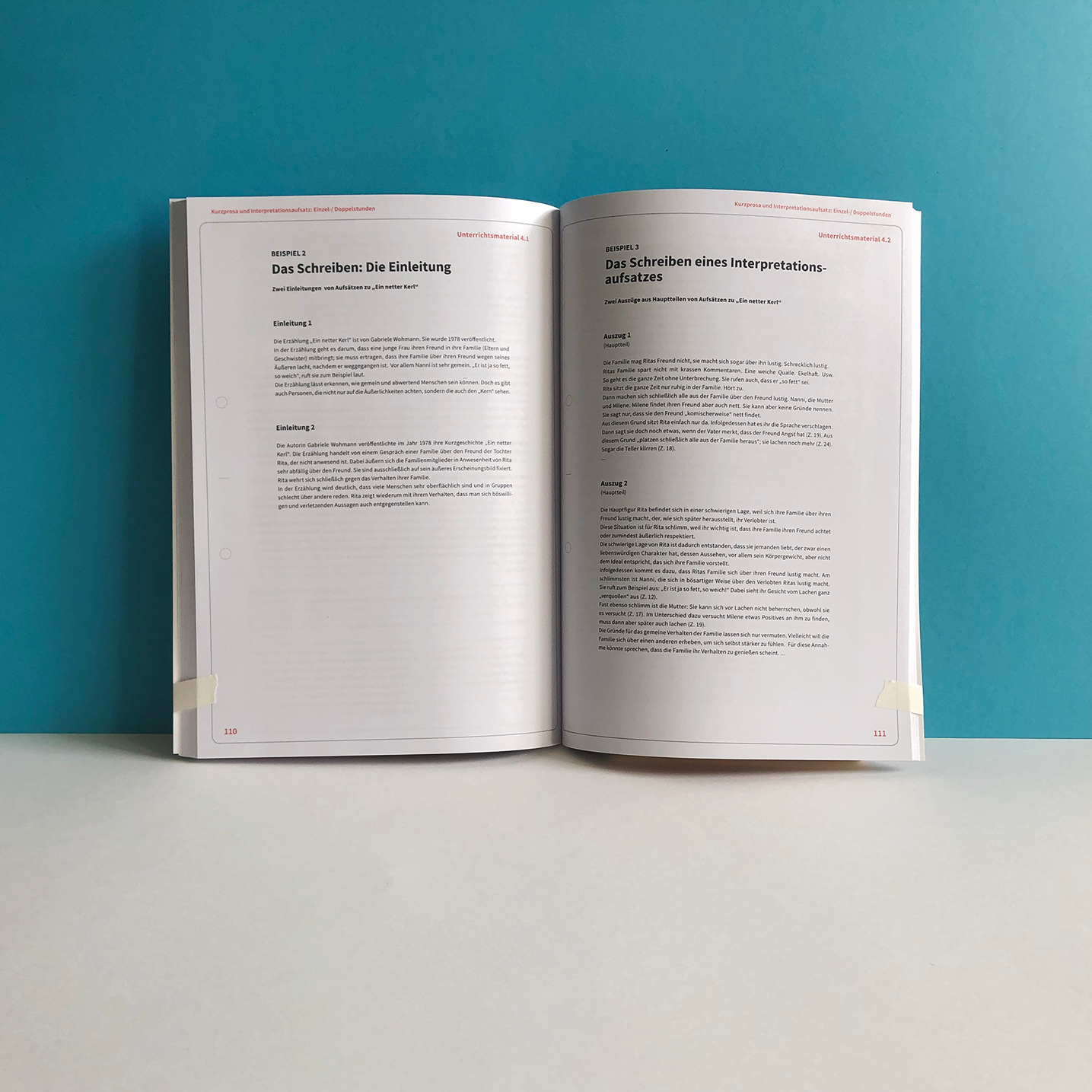 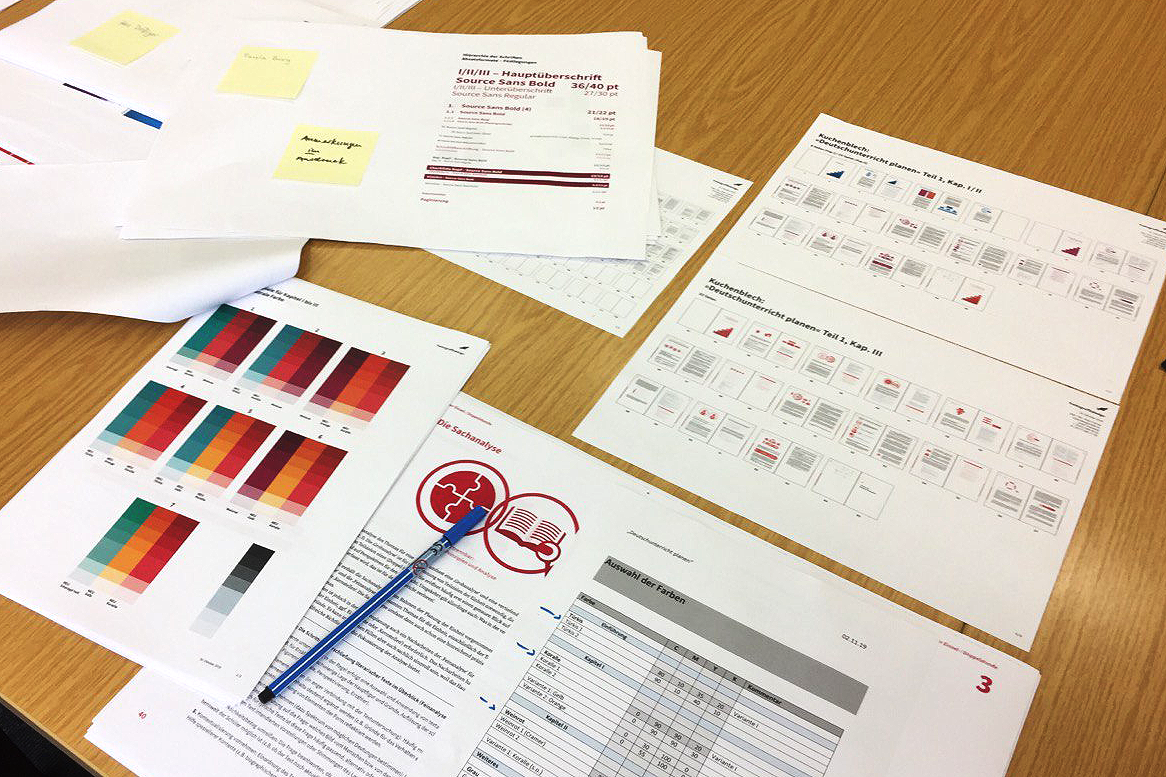 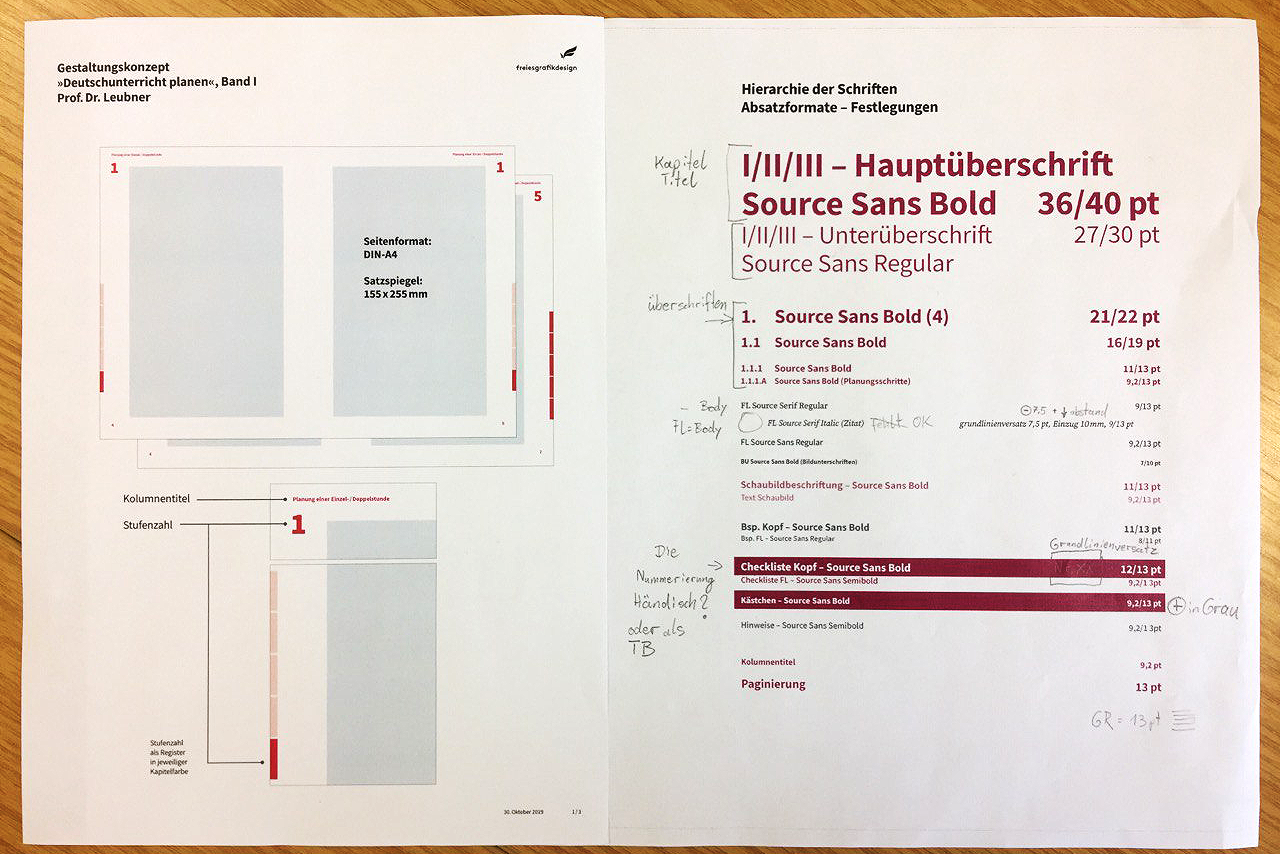 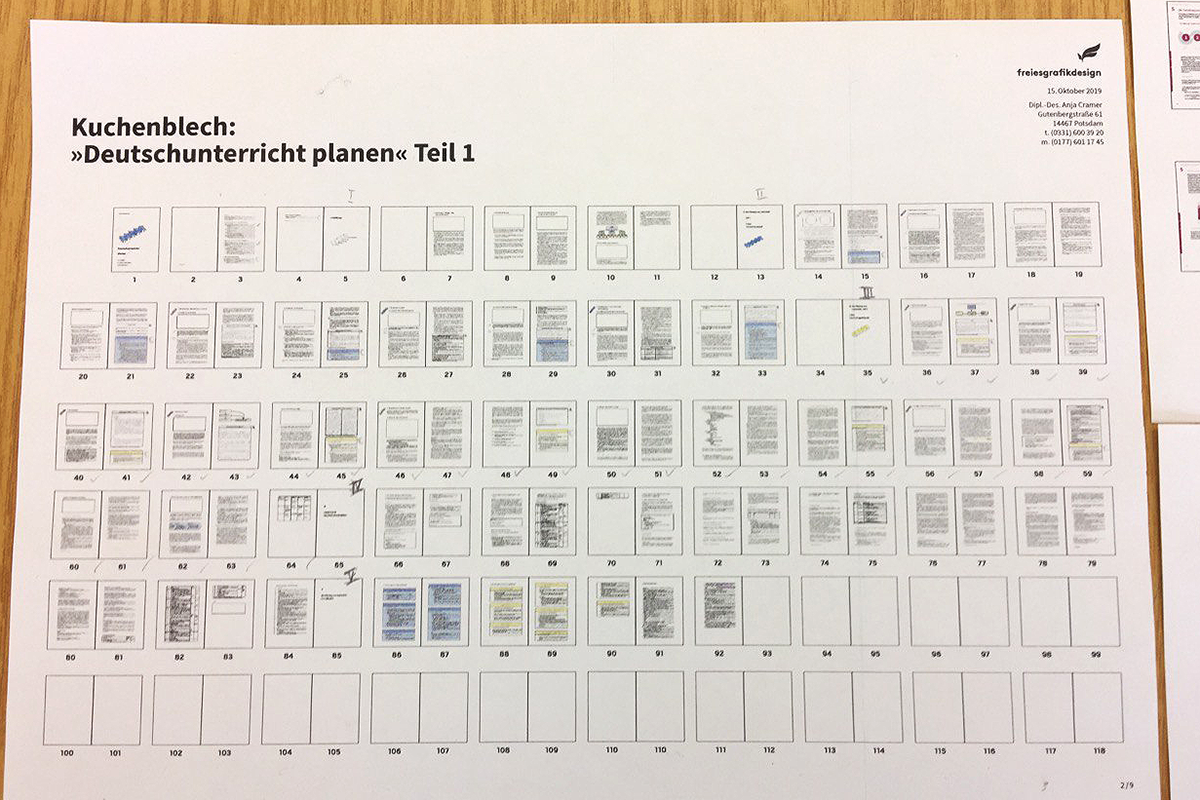 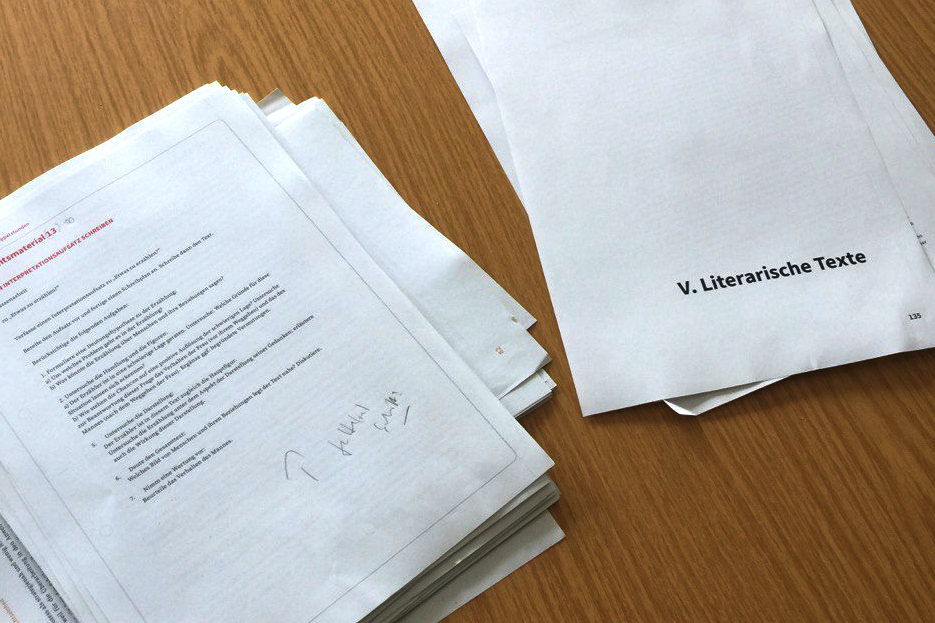 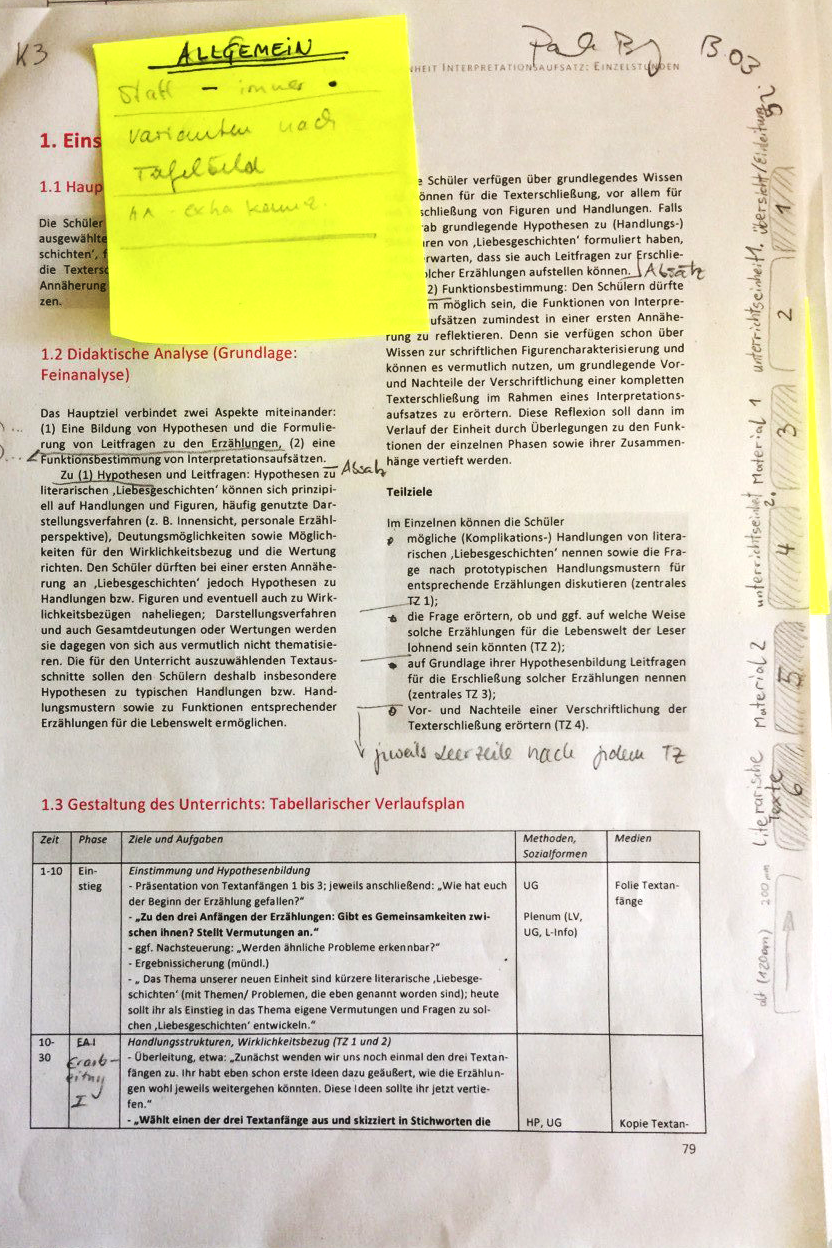 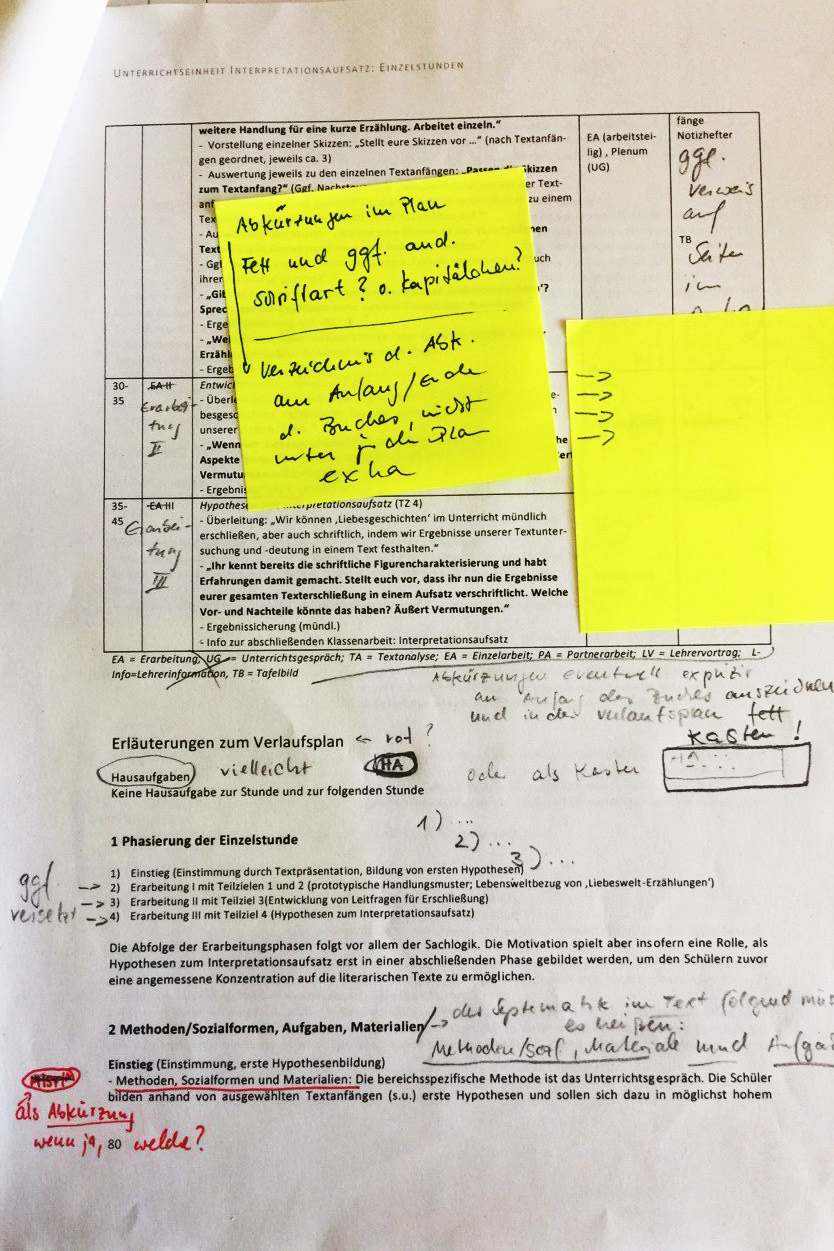 Challenges
The biggest challenge in this project was the very long texts and dealing with a huge amount of listings with dots, numbers or letters in texts.
The design concept was often exceeded due to the long texts, as some texts didn't fit on a double page. In consultation with Prof. Dr. Leubner, texts were shortened if possible. The goal was to “squeeze” texts onto two pages per topic so that teachers could photocopy them more easily.
A special challenge was how to handle lists and tables in the text. There was no consistent rule on when to use lists with dots, numbers or letters in the text. Because this was missing in the design concept, I had the task of creating design rules for this.
I developed the following guidelines
1. The use of numbers in lists should be used when it was a sequence of related steps and processes with more than 2 points.
2. The use of lists with points followed when the list was indefinite, without related processes or steps.
3. The lists with letters were used when it was necessary to compare something with each other.
Creating paragraph formats in InDesign became very complex. Since there were not only listings for texts in three formats, but also additional ones had to be added for tables, checklists, worksheets and sample texts. At the end of the project, there were more than hundred InDesign paragraph formats created by me.